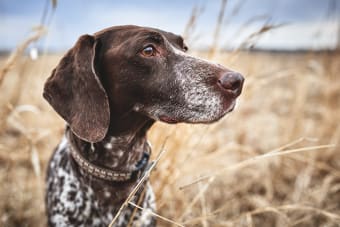 Diseases that are transmitted through the bite of infected ticks are dangerous and impact thousands of dogs across North America every year. Tick-borne diseases can produce potentially serious symptoms in dogs, and some of these diseases can even be fatal. When it comes to diseases spread through the bite of a tick, prevention is typically far better, easier and cheaper than treating the disease once it has been contracted by your pet.

Tick-Borne Diseases Seen in Dogs in The US

Rickettsial organisms are small, intracellular bacteria which can lead to a number of conditions in dogs including canine anaplasmosis, ehrlichiosis and Rocky Mountain Spotted Fever. Because interpreting diagnostic test results can be difficult when this bacteria is involved, multiple tests or rounds of treatment may need to be completed before a definitive diagnosis can be made.

How Tick-Borne Diseases Can Impact Your Dog’s Immune System

One unfortunate fact about tick bites is that your dog can contract multiple organisms from a single bite (coinfection), and different organisms can work together to release toxins and trigger your pet’s immune system. Once inside, these tiny organisms can enter your dog's cells and hijack their immune system. Tick-borne organisms can even help each other survive inside your pup’s body, which can lead to chronic infections.

Symptoms That May Indicate a Tick-Borne Disease in Your Dog

Beyond the common symptoms of fever, vomiting, swelling around joints, lameness and lethargy, other symptoms of tick-borne diseases in dogs may include:

Treatment for Tick-Borne Diseases in Dogs

Broad-spectrum antibiotics can be used to effectively treat many tick-borne diseases in the early stages, however, it's important for pet parents to note that along with destroying bad bacteria, these antibiotics will also destroy beneficial bacteria. Giving your dog probiotics to prevent gastrointestinal issues from developing may be recommended by your vet. Recurring tick diseases can be difficult to control or eradicate. Even after your dog appears to have recovered, regular blood work may be recommended to detect recurrences.

Protecting Your Dog Against Tick-Borne Diseases

That said, no tick prevention method is 100% effective, so diligence is always a must. Whenever your dog has been in areas where ticks can thrive such as farmland, forests, or areas with tall grass, inspect your pup for ticks when you get home. Ticks are usually dark brown or black in colour and can be fairly large once they have begun to feed. An online search should help you to learn more about the types of ticks found in your area and what they look like.

Transmission of diseases from ticks typically occurs within three to six hours after biting your pet. To avoid infection, ticks should be removed promptly using the correct method. If you find a tick on your dog, consider bringing your dog to your veterinary clinic where a vet can safely remove a tick, and teach you how to remove any ticks found in the future.

Our Board Certified Internal Medicine Specialist offers advanced diagnostic testing and treatment for dogs suffering from tick-borne diseases. Speak to your primary care veterinarian about a referral to Veterinary Medical And Surgical Group–OC (VMSG-OC) in Orange County, or contact us to learn more.