Renal Failure in Dogs - What Pet Parents Should Watch For 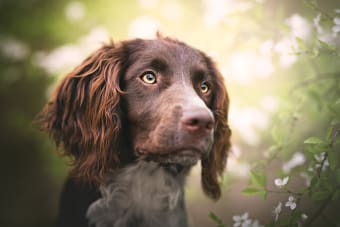 Renal failure in dogs is a serious condition requiring immediate veterinary care.  In today's post our Orange County vets explain the types of renal failure seen in dogs as well as the most common symptoms of renal disease and how it is treated.

Healthy kidneys work to eliminate toxins in your dog's body as well as regulate hydration, maintain a normal electrolyte balance and release hormones to produce red blood cells. If your pup suffers from renal failure their kidneys have stopped functioning as they should, and your dog's overall health will begin to decline rapidly.

There are two broad categories of renal failure seen in Orange County dogs:

Causes of Renal in Dogs

In dogs, renal failure can be caused by any number of conditions that impact the kidneys and related organs including:

When it comes to treating renal failure, a fast and accurate diagnosis is essential for achieving good treatment outcomes. If your dog is displaying any of the symptoms below make an appointment to see your vet straight away or visit your nearest emergency veterinary hospital for urgent care. Some of the most common signs of renal disease in dogs include the following:

When diagnosing whether your dog's symptoms are related to kidney failure or another disease such as diabetes mellitus, your vet will consider the extent of loss of kidney function, the progression of the condition, and the severity of your dog's symptoms.

Treatment for Dogs with Renal Failure

Treatment for your dog's renal disease will be determined by your pup's overall health and the underlying cause of their kidney failure.

Dogs suffering from acute renal failure will require urgent and intensive treatment, typically in intensive care at your animal hospital.

When diagnosed in the earliest stages, milder cases of acute renal failure may be treated with fluids, antibiotics and medications on an outpatient basis. While dialysis can be costly it is often used as an effective treatment for acute renal failure in dogs.

Treatment for dogs diagnosed with chronic renal failure will focus primarily on slowing the progression of the disease and looking at ways to improve your pup's quality of life. Symptoms of chronic kidney disease including nausea, fluid imbalances, and blood pressure fluctuations may be treated with medications and/or changes to your dog's diet.

If your dog's chronic renal failure can be managed successfully you can expect your pooch to enjoy a good quality of life for a number of months or years (some indications are up to four years). The management of chronic renal failure in dogs may include providing specific nutrients, nutritional supplements or a prescription diet.

Acute renal failure is often caused when dogs consume toxic substances such as tainted foods or foods they shouldn’t ingest, such as grapes or chocolate. To help prevent your pooch from developing acute renal failure, pay particular attention to the products in your home that are potentially poisonous to your dog. Keep toxic substances such as antifreeze, medications and potentially harmful foods well out of your pup's reach.

Chronic renal failure is often age-related and predetermined by genetics, making it more challenging to prevent. That said, regular wellness exams twice yearly at your primary care veterinarian's office will help to increase the chances of detecting symptoms early so that treatment can begin before the condition becomes more severe.

At VMSG in Orange County our Board Certified Internal Medicine Specialist has experience in the management of chronic renal failure in dogs. If your dog is showing signs of acute renal failure urgent emergency care is required! Contact our emergency veterinary hospital right away. Our critical care vets are here to offer urgent veterinary care to your pet 24/7.